GAD paper on the Triple Lock

This paper, "Triple Lock" increases to state pension - Background, effects, and risks was prepared by the Government Actuary's Department and published on its website on Friday 9 October 2015. Within a very short time it was taken down and replaced with a page saying it had been published in error. Later the Treasury said it was a 'discussion paper' which had been uploaded by the IT department by mistake.

Its finding that the triple lock cost £6 billion in 2015/16 and would eventually take nearly a quarter of the National Insurance Fund will be controversial. As will the implicit conclusion that the triple lock is unsustainable in the long-term. That is a view which I understand the Government Actuary himself holds.

Personally I think the triple lock will last for this Parliament but not beyond. How pensions will be uprated after that will be a major political issue at a time when benefits for younger age groups will have been frozen for four years and those for others linked to CPI - which is currently around zero - or cut sharply.

The paper is published here in the interests of open government. 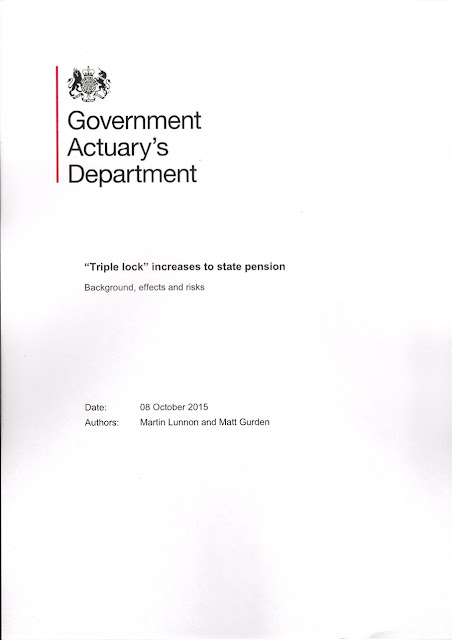 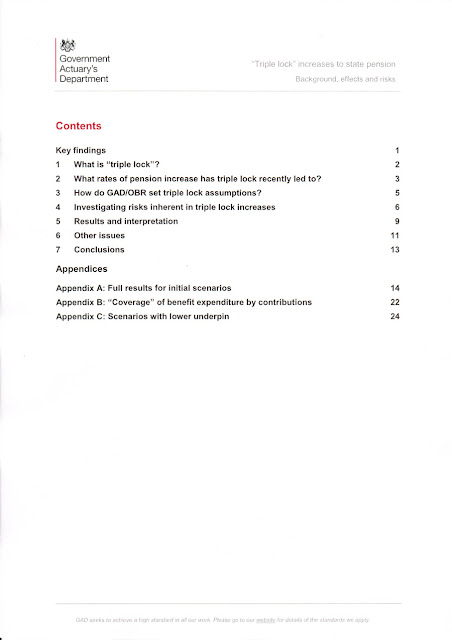 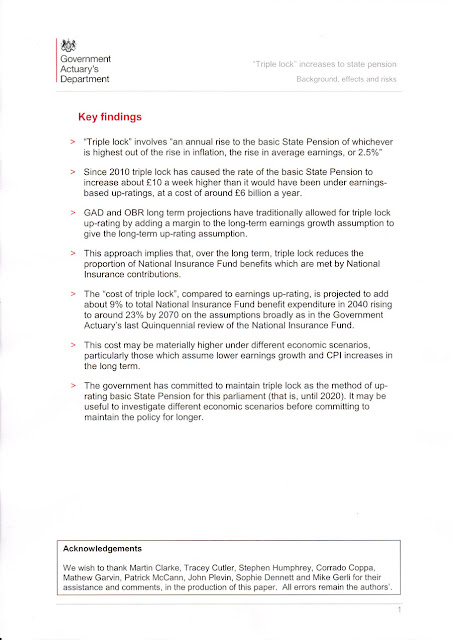 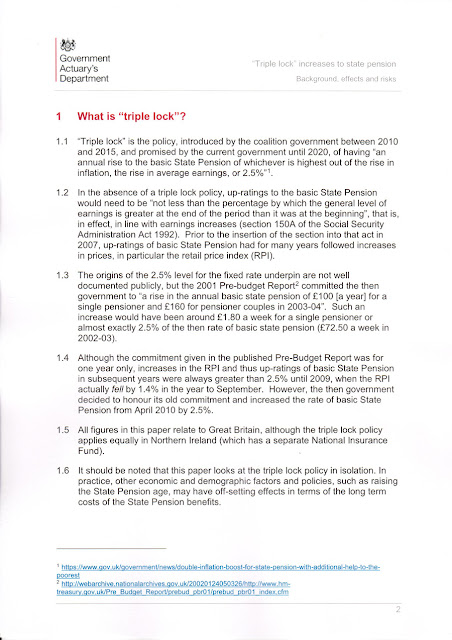 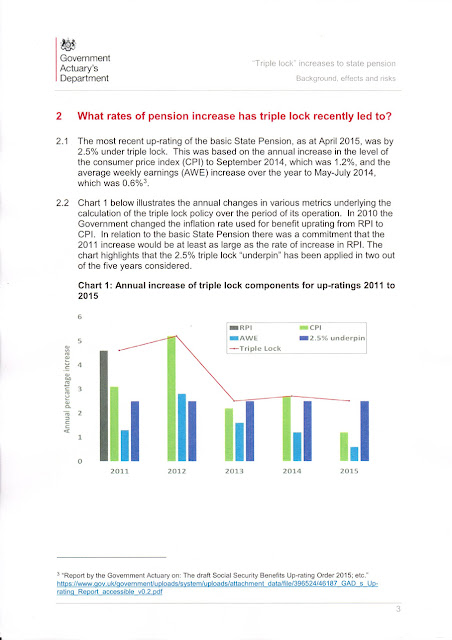 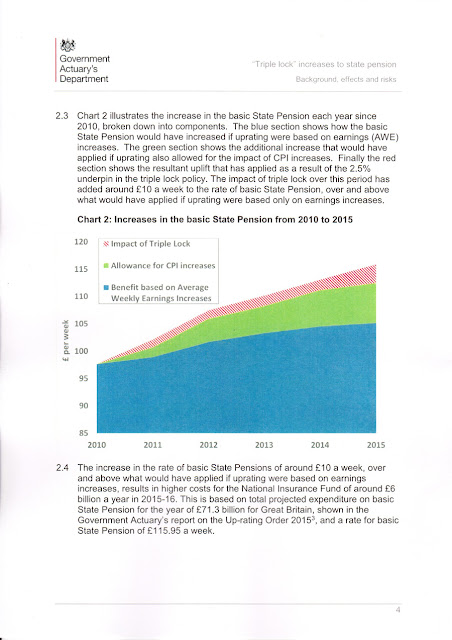 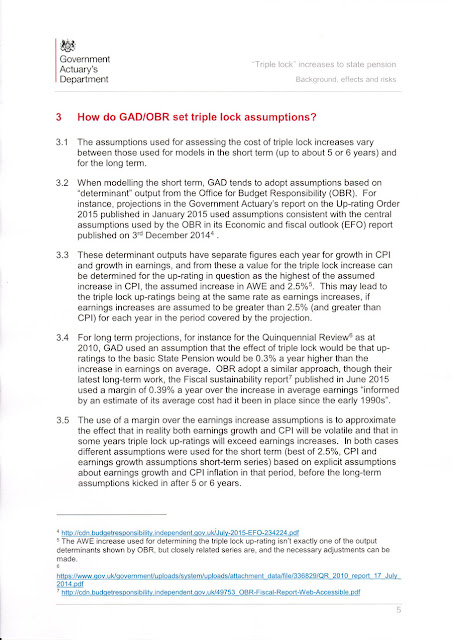 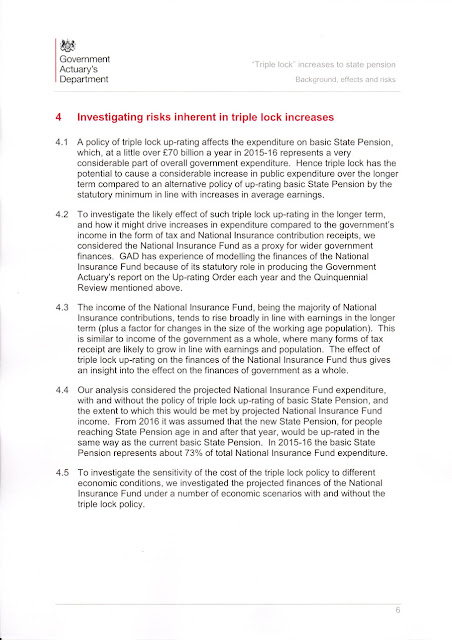 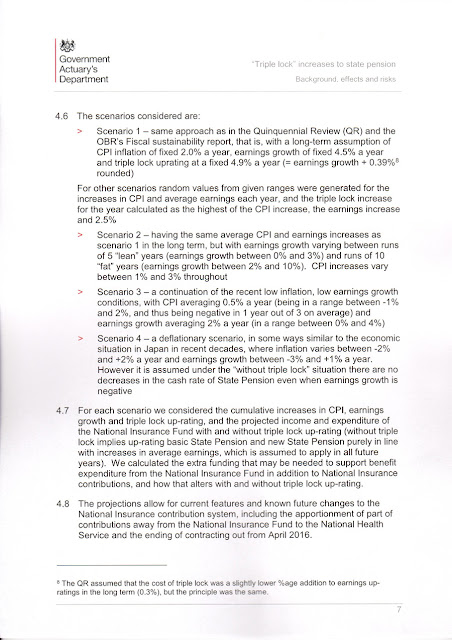 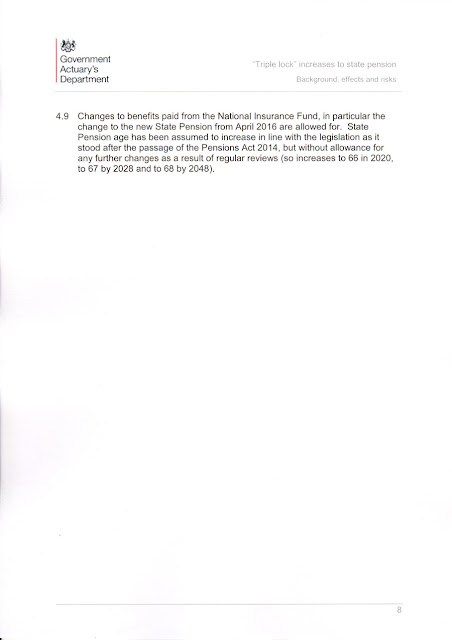 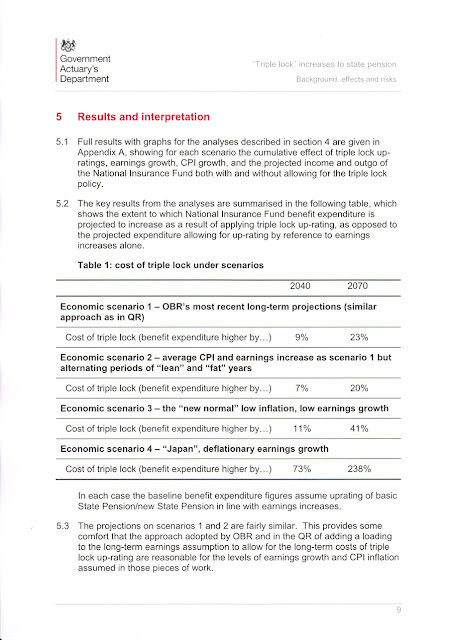 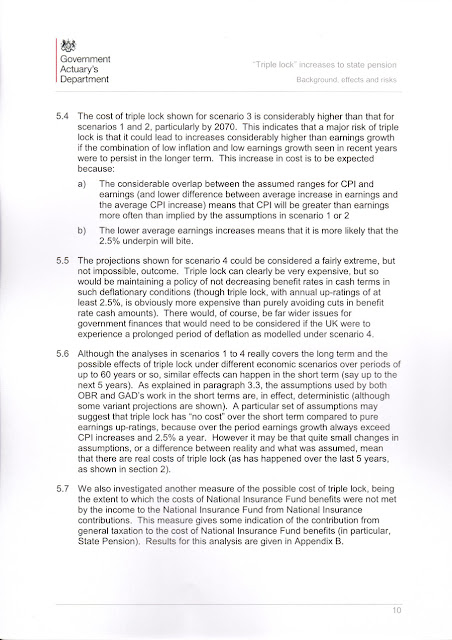 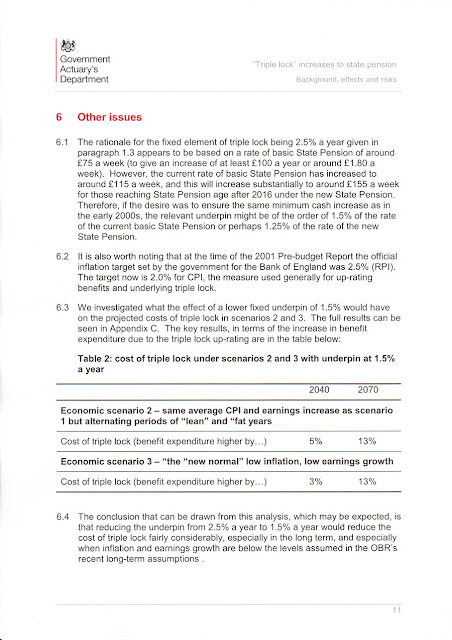 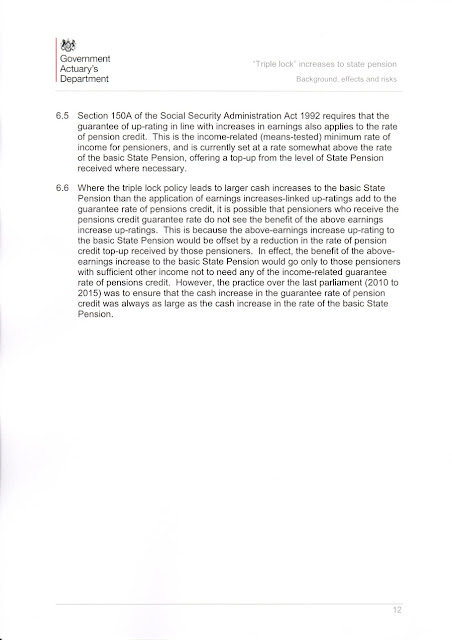 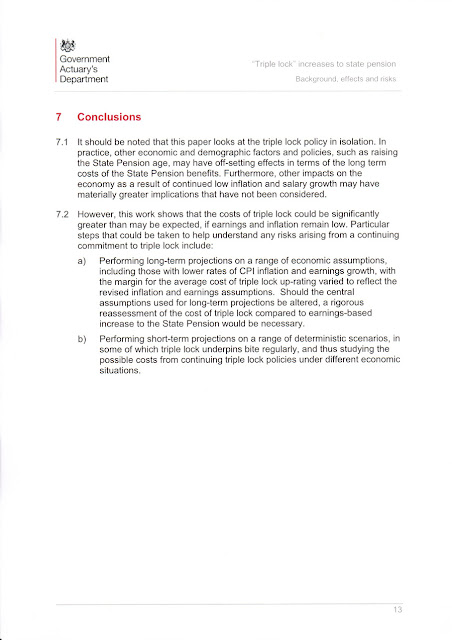 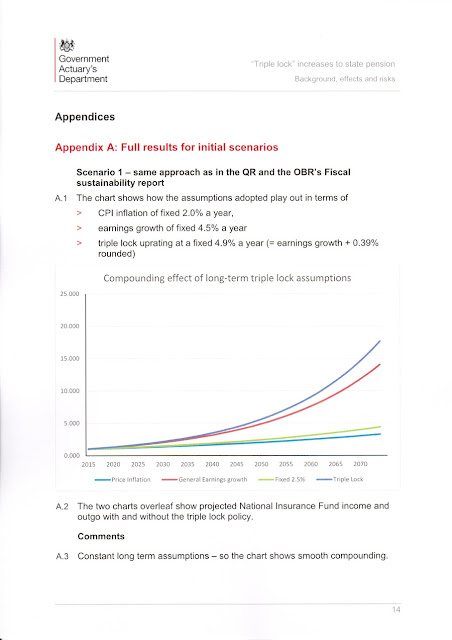 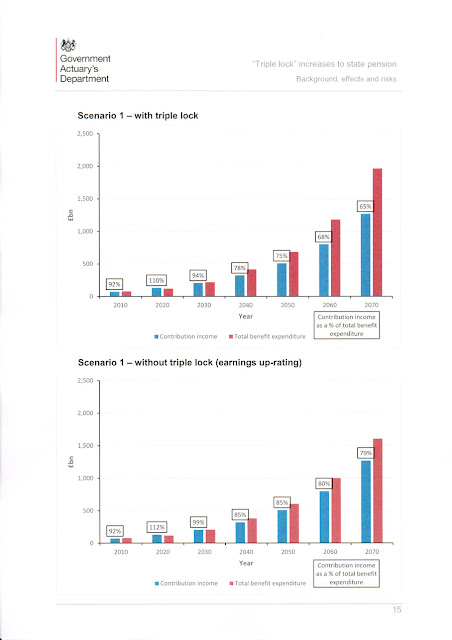 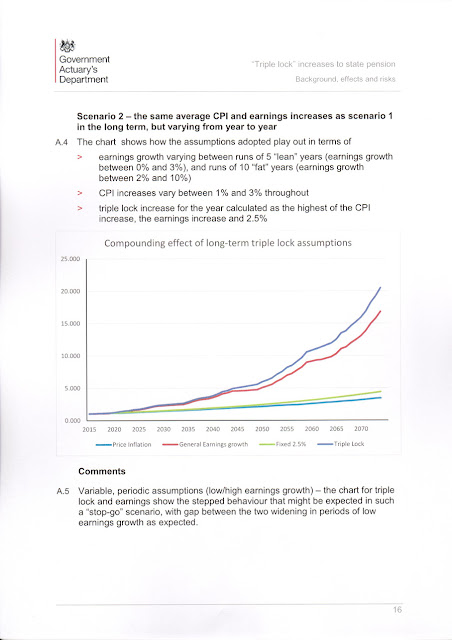 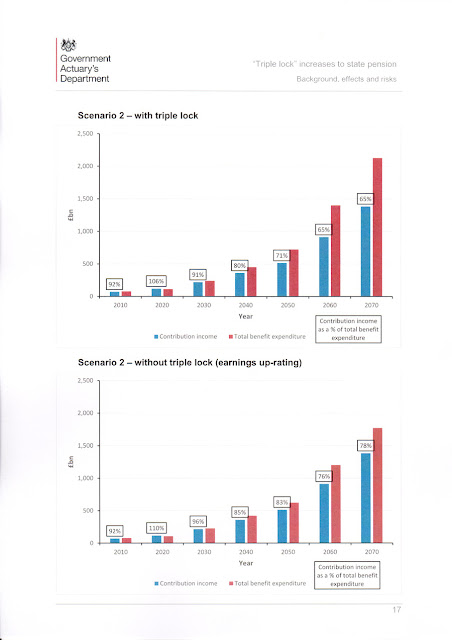 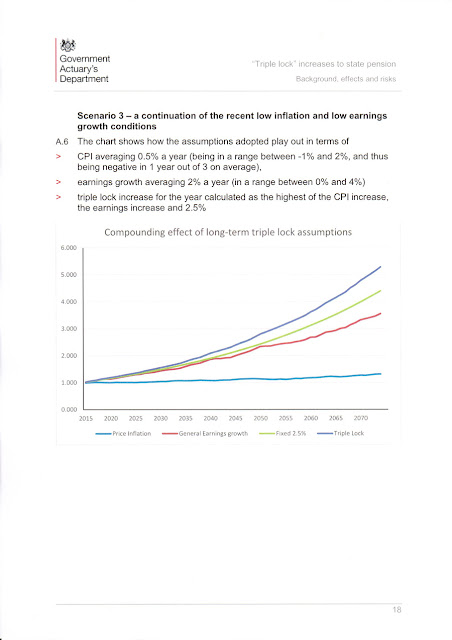 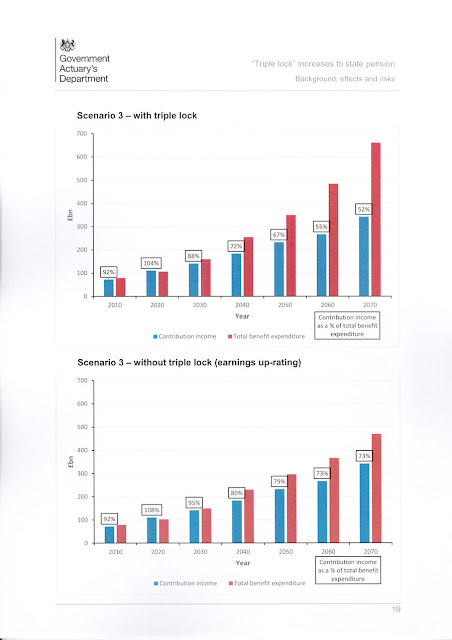 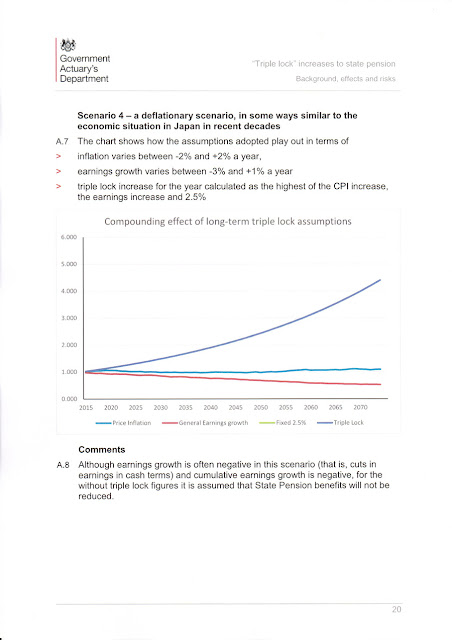 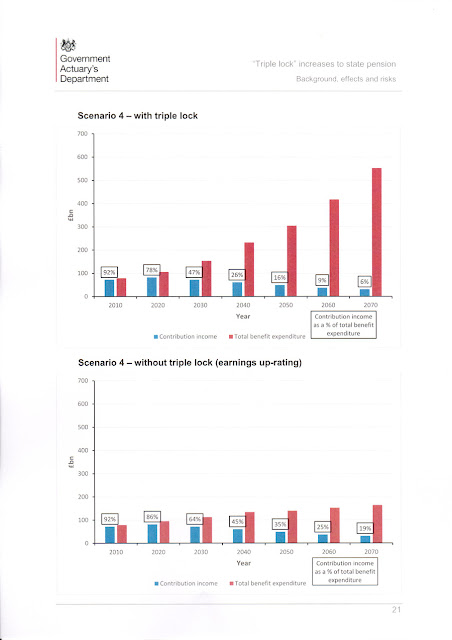 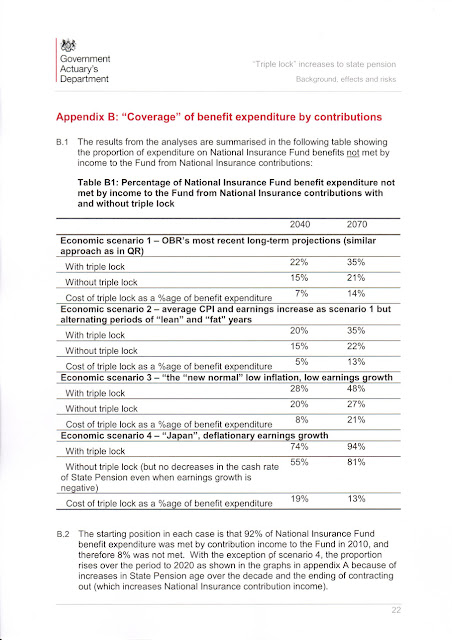 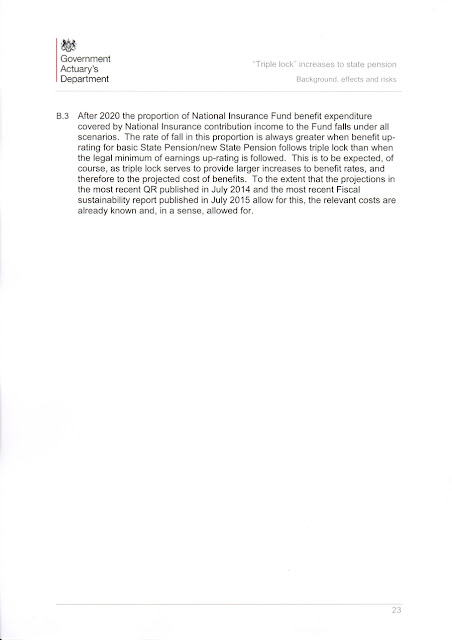 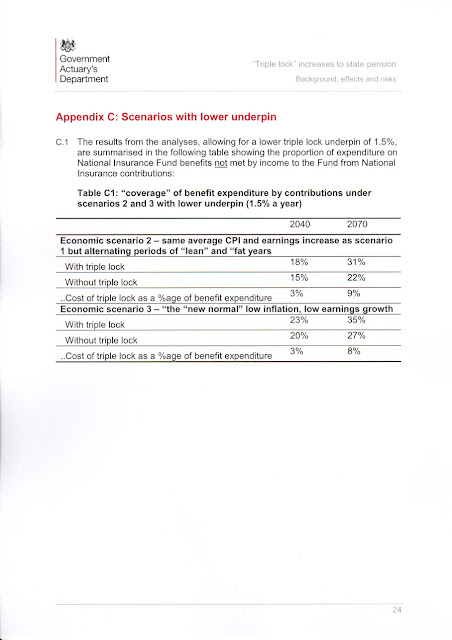 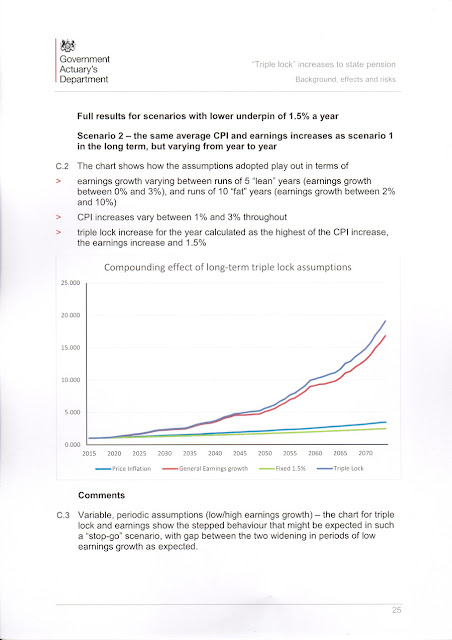 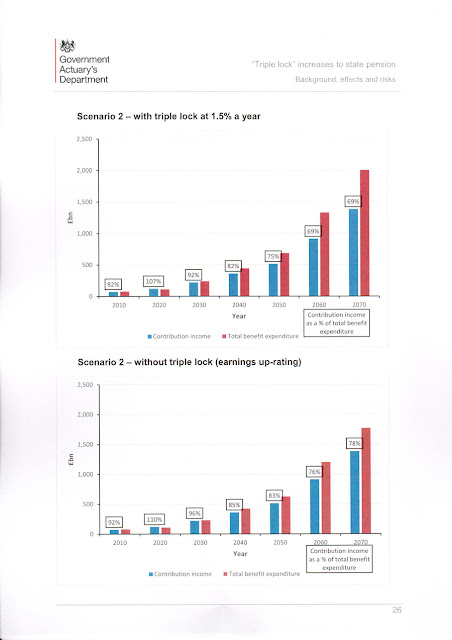 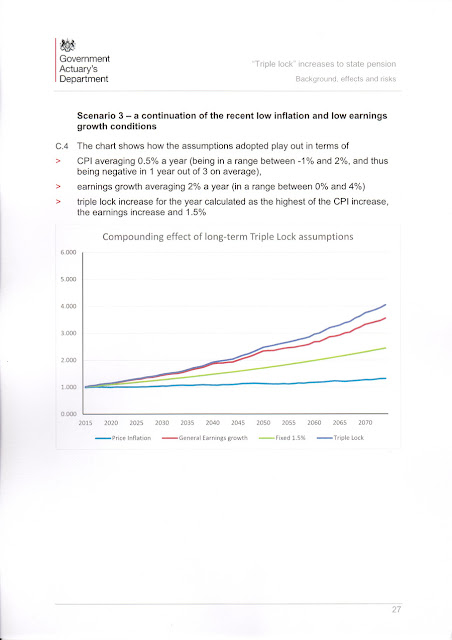 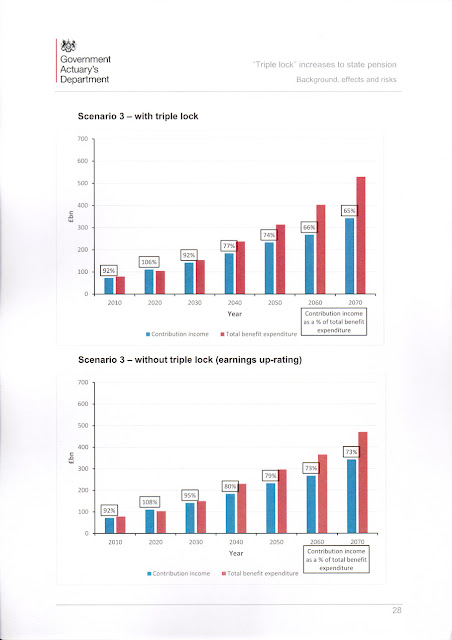